We are delighted that Tinto won at Ascot this afternoon for owners Derek James, Steve Jenkins and Michael Quigley. Having won a Class 3 Handicap last time out at Yarmouth he stepped up in grade today to run in the Class 2 ‘Original Harrogate Water Handicap.’ He was held up in last and made steady progress on the outside over two furlongs out, he was then ridden to lead over one furlong out and even when hard pressed held on well to win by a neck from Aplomb. Well done to Thierry Decherf who looks after Tinto at home and also to jockey Marco Ghiani who celebrated the 20th winner of his career reducing his claim to five pounds. Platitude also ran well to finish third in the ‘Canaccord Genuity Gordon Carter Handicap’ for owner Suzanne Conway. 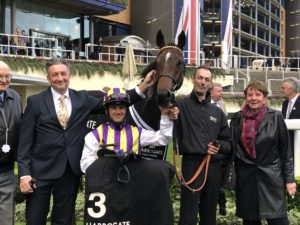 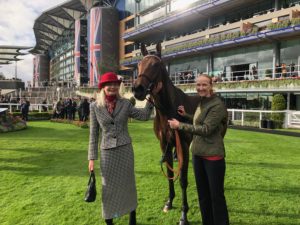